This picture is used courtesy of Mike Taylor, my studio boss at Pottworks Studio. When I closely examined her after the bisque firing, I found hairline cracks in the porcelain slip. I think it was from the stress of being pressed into shallow relief. I knew from a previous piece that they would fill up with the red iron oxide wash and be very unsightly if I wasn’t careful. So the first thing I did was to go over the whole piece, coating all the cracks I found with wax. That is the yellowish stuff you see in the photos. I hoped the cracks wouldn’t grow bigger in the final firing.
I used red iron oxide wash to color Pearl. It goes on bright red and turns matte brown in the final firing. In some places, like the sidewalk, I put it on and then wiped it away with a sponge, leaving it in the nooks and crannies. I had made the texture on the sidewalk and concrete of the railing with various grades of sandpaper while Pearl was still leather hard.
For other places, like the JW Marriot and the trees, I painted it on with a paintbrush. After painting, I scraped away the white window panes with a pin tool. 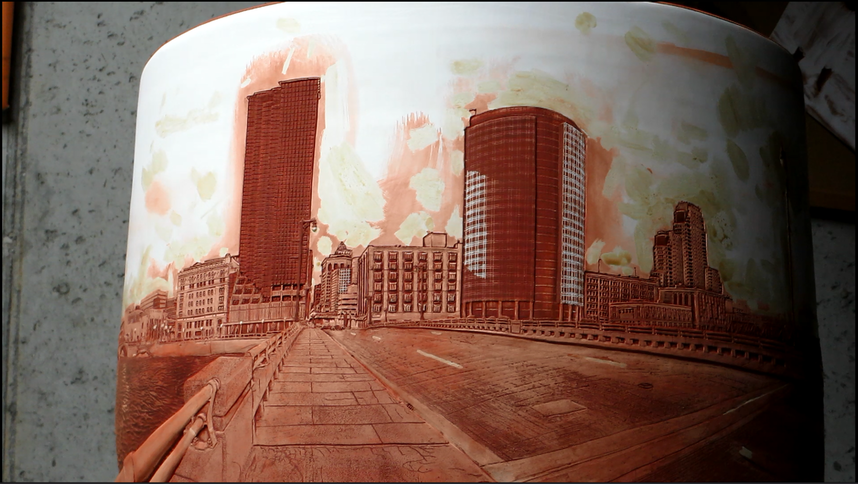 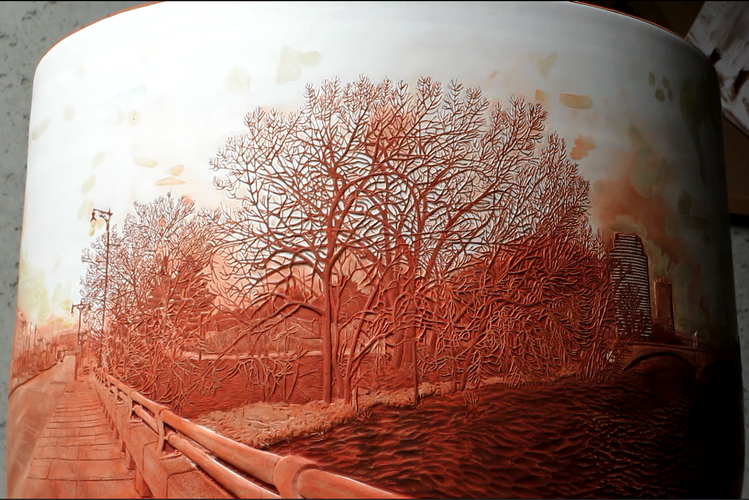 Here is a video of her right after the bisque and then with wash on her before the final firing
Finally I brought her into Pottworks Studio again, and Mike Taylor fired her to cone 10 (about 2,381 degrees Fahrenheit). He took this picture of her on his phone as we closed the kiln. in the foreground are a couple of his pieces that he was re-firing. The sunlight was dancing on them. 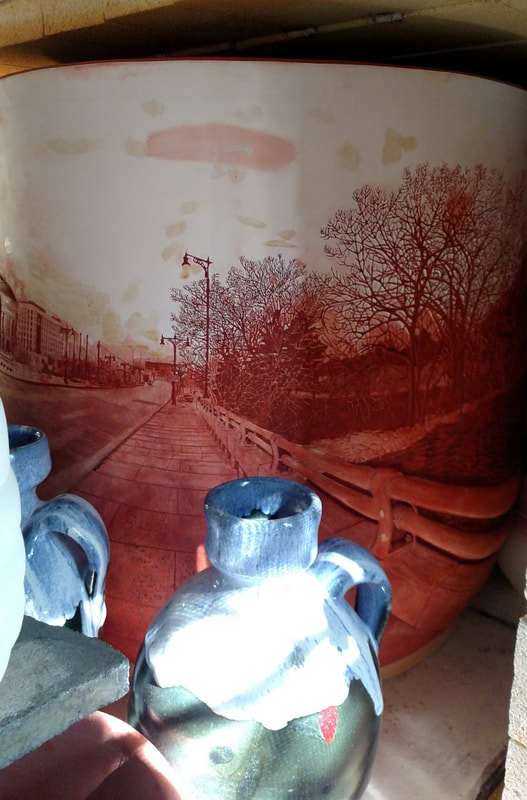 I learned from experimenting with red iron oxide wash that when it is applied lightly, it burns off without a trace. That’s why it looks so messy going into the kiln, and so clean coming out. But it was kind of tricky when I wanted to know how dark something would be after firing. I made a few experimental pieces, and then I did my best to estimate the color. I was particularly concerned about the trees and the JW Marriot. My mom prayed and Mike carefully ran the kiln. When she came out, it was just like I'd hoped. 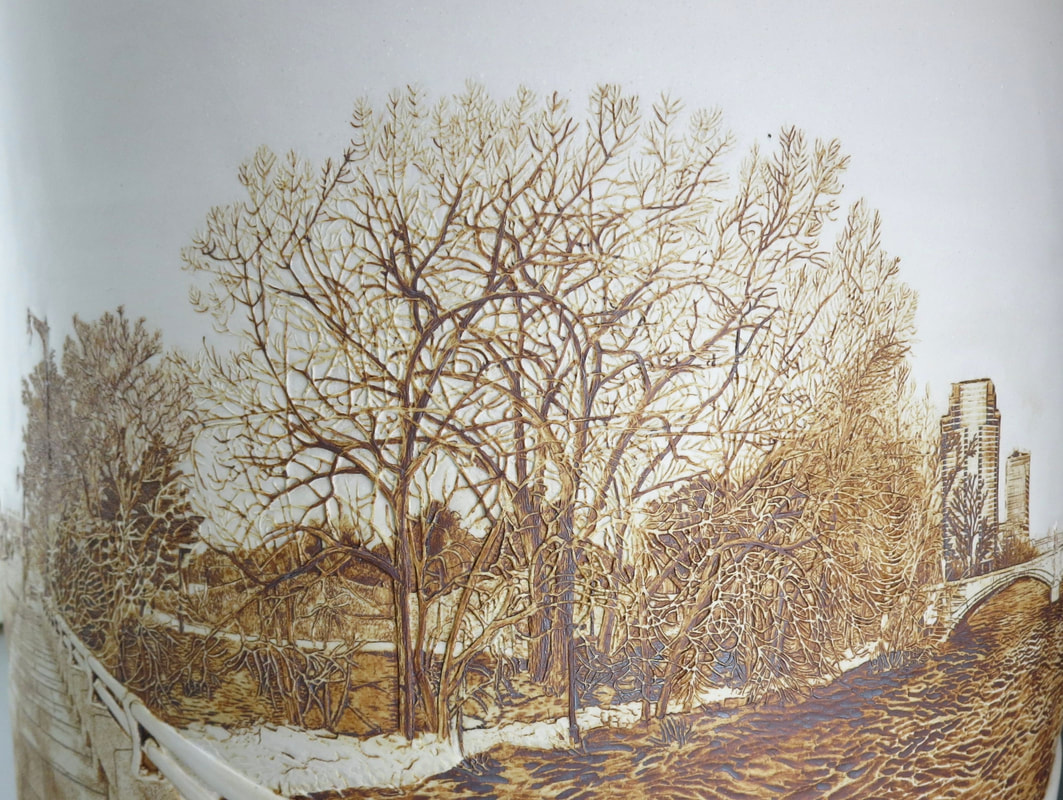 I couldn't have made this piece without the Lord's blessing and guidance step by step. Here is my artist's statement.
Water-stains in the sidewalk, bolts in the railing, teeny, tiny windows-- this piece celebrates the ordinary. God has put overwhelming detail into the overlooked as well as the grand. I hope it gives you joy.
Powered by