Pearl was made from about 50 pounds of wet clay. I'm not strong enough to throw that much clay at once, so I found a technique called "coil and throw" on YouTube. I threw the base on the wheel, then rolled out a six foot coil of clay, looped it over my shoulders and pressed it into the rim of the base. 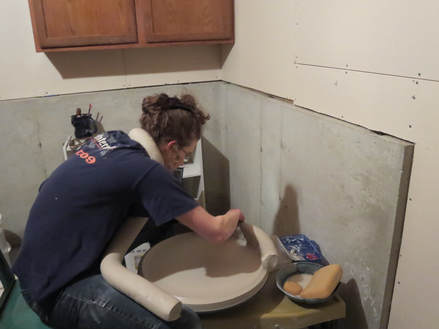 After a lot of squishing and smoothing, I turned the wheel on and pulled the wall of the vase up to about 4 inches. Then I covered the rim in plastic to keep it moist and let the rest of it harden up overnight so that it was sturdy enough to hold the weight of the next coil the next day. It took about 5 coils to get to the full height.
I did 3 attempts to get to the final version of Pearl. My studio boss, Mike Taylor, lent me a big plaster bat for her to sit on while I sculpted her to avoid cracks. Plaster pulls out moisture, so the base can firm and shrink evenly along with everything else. Here she is, all pretty after being coated in white porcelain slip, sitting on the plaster bat. 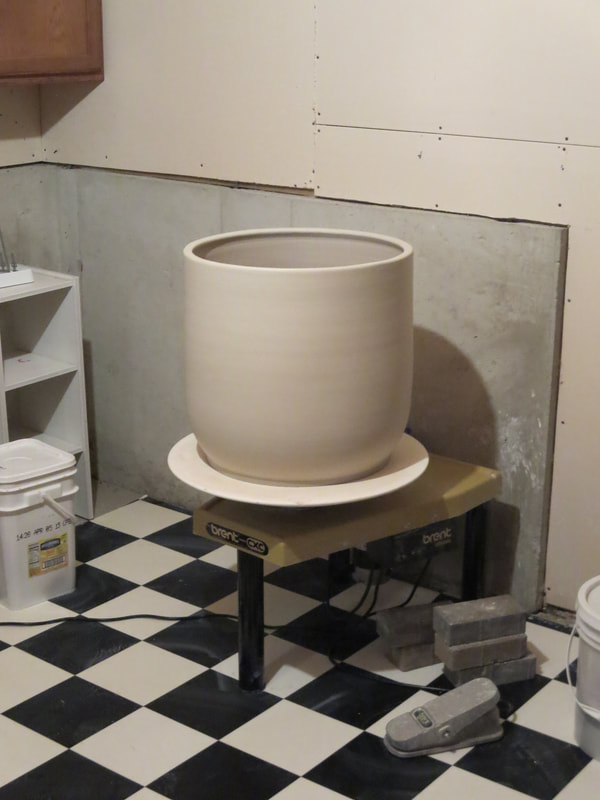